The race had long been forgotten by most historians by the year 2000. There were a few books published and of course the three memoirs of the teams that finished: Schuster for the Americans, Koeppen for the Germans, and Scarfoglio for the Italians. Most of the printed sources we found were in English but the German story by Koeppen had never been translated from cover to cover. Kerrie and I had just been in Berlin at the History Producer's Conference and met the film liaison officer for the Canadian Embassy. She in turn introduced us to Miriam. After a few notes back and forth she was on board: translating the book, and confering with Herr von Siemens in Munich. Herr von Siemens was a Protos collector and a bit of an authority on the German point of view. In the end I flew to Munich to oversee the interview but Miriam actually conducted it, all in German ... and then provided us with an English translation for editing. It was during that visit that we visited the Siemens Protos archives and were given 10:1 plans of the original Protos designed for the race ... but that is another story.

Early in the research stage we discovered Jeff Mahl, the great grandson of the American driver/mechanic George Schuster. We met with him several times in Florida and Buffalo. In the end, we used the unpublished memoirs of Schuster in the film as it felt more authentic than the Schuster/Mahony book.
Posted by The Greatest Auto Race on Earth at 12:38 PM 1 comment: 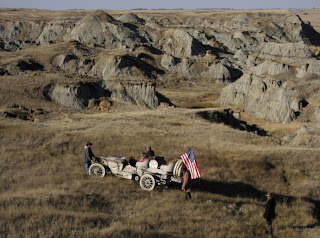 Posted by The Greatest Auto Race on Earth at 2:18 PM No comments: 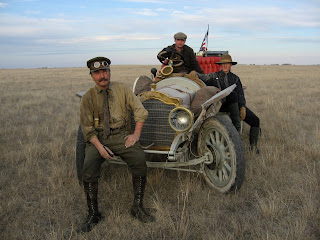 
Posted by The Greatest Auto Race on Earth at 10:58 AM No comments: